Ranbir Kapoor and Alia Bhatt, one of the most beautiful couples in Bollywood, married today in Mumbai. They made their public debut as husband and wife a few hours before and immediately took over the internet. The Kapoors are overjoyed after receiving their stunning bride Alia, and social media is flooded with wedding photos. The two got their fairytale ending, and we’d be lying if we said we didn’t cry while looking at the photos.

Among all the pictures, Karan Johar did not forget to share his outfit. Both his looks at the anticipated wedding were from Manish Malhotra. Posting a slew of images, Karan wrote, “Shaadi Tayaar… dil me bahut saara pyaar… dhal gayee jawaani… but mid life crisis hai to pehen liya Manish Malhotra ki sheravani! Chand Jaisi Alia Raaja humare RK! Rab ne bana di jodi woh bhi saj dhaj ke! ”. He opted for a pink sherwani for the wedding and a yellow one for the pre-wedding festivities. 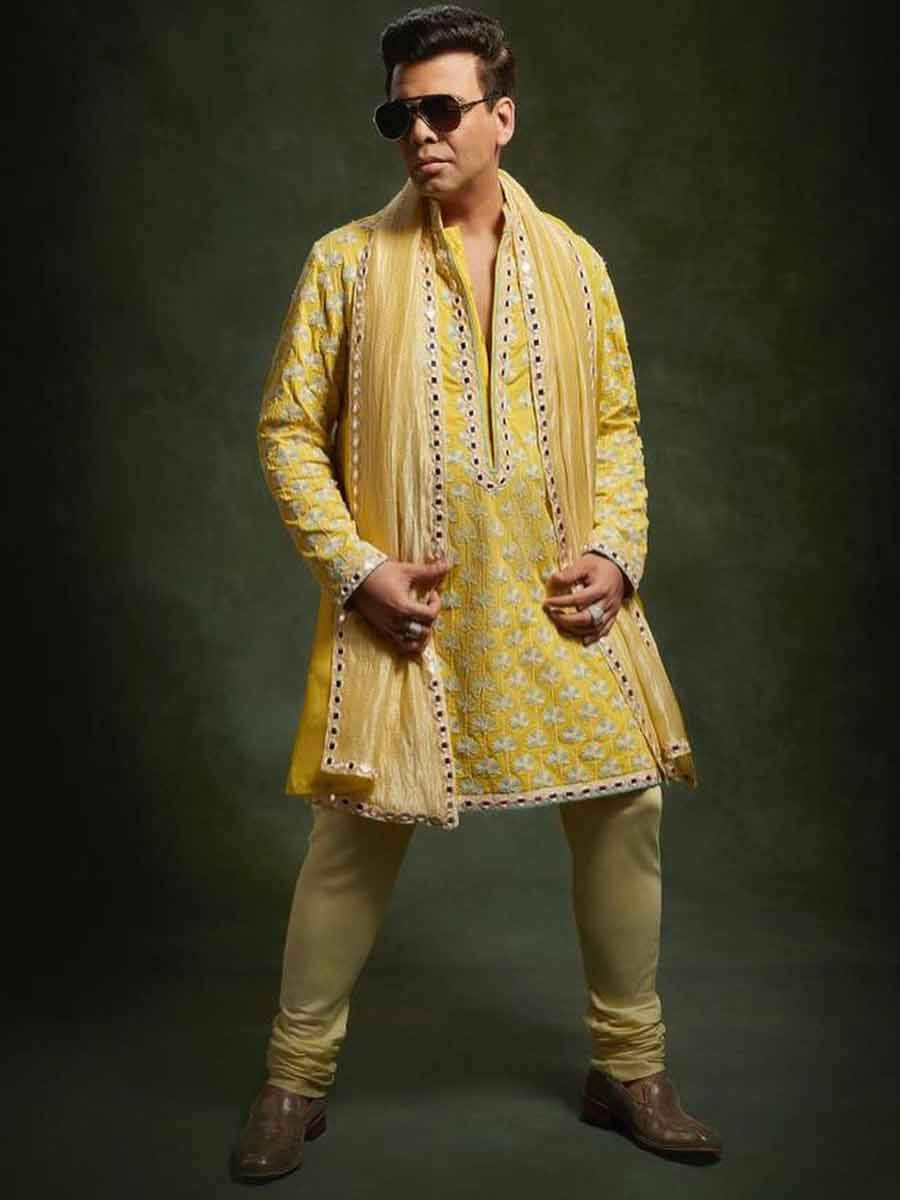 Ranbir Kapoor and Alia Bhatt married in a private ceremony on Friday at their Mumbai home, Vastu apartments. Apart from Kareena, Karisma, and Karan Johar, Brahmastra director Ayan Mukerji, as well as Akash Ambani and his wife Shloka, were invited. Navya Naveli Nanda attended the event with her parents, Shweta Bachchan and Ranbir’s cousin, Nikhil Nanda.