Riteish Deshmukh and his comic timing is not a new thing for us, and he continues to leave his followers in splits with every next post he shares online. The latest being a video that he shared which sees him gorging on food, with his belly peeking out of his shirt. He informed his followers with a caption that this was him getting into the skin of his character as he gains weight for his next film Mister Mummy. The caption read, “Yeh low-calorie meal.”

The film in which he will be seen alongside his wife Genelia D’Souza has him putting in efforts to look the part. The text in the video read, “When your director asks you to put on weight for the film. #MisterMummy. ”

Mister Mummy is being helmed by Shaad Ali of Bunty Aur Babli fame and is being co-produced by Bhushan Kumar’s T-Series, Krishna Kumar, Ali, and Siva Ananth.

In looking to get a better idea of ​​what the storyline will be about, the makers revealed to a leading publication, “Mister Mummy revolves around the story of a couple (played by Riteish and Genelia) with opposing choices when it comes to children but destiny has something else planned for childhood sweethearts on a mad, bumpy ride of comedy, drama, expect the unexpected from this labor of love. “ 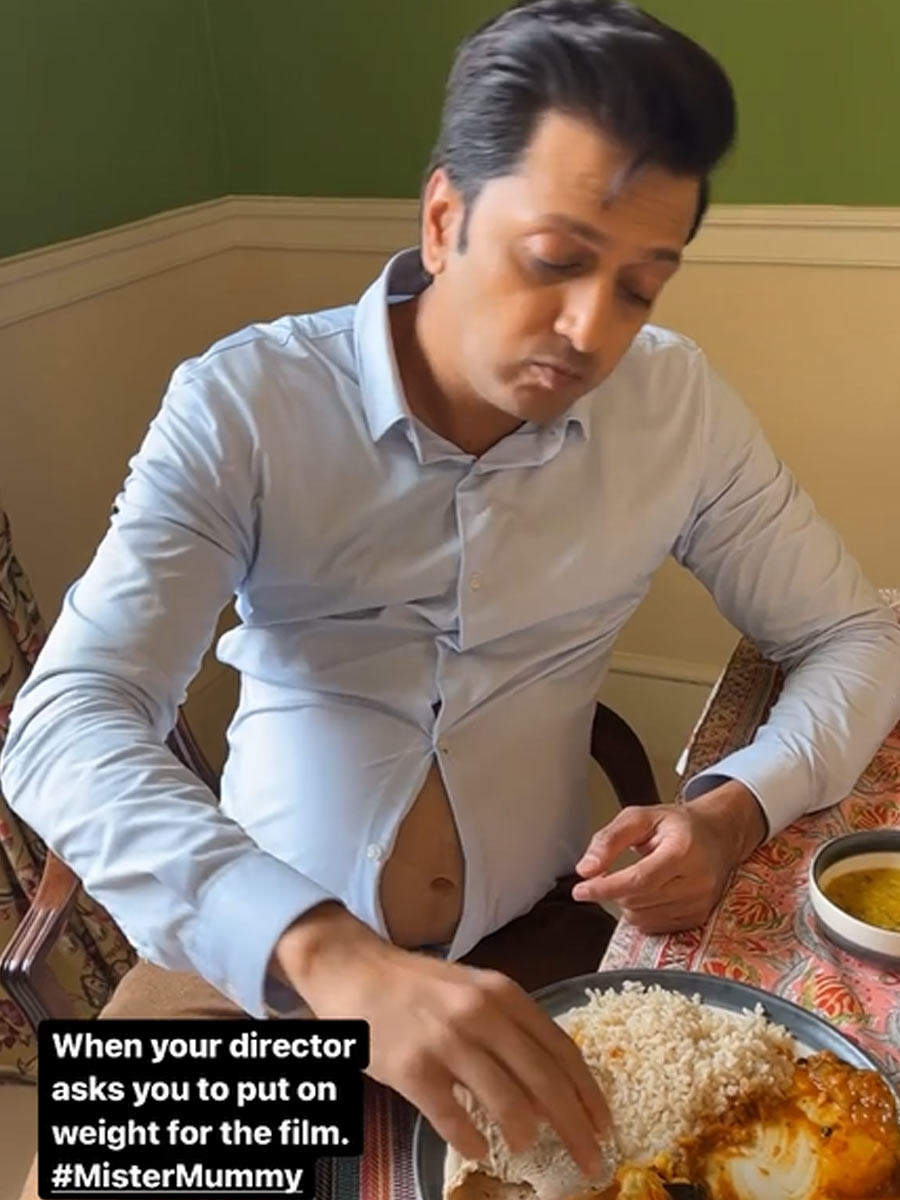 Other than this, Riteish is soon going to make his directorial debut in a Marathi film titled Ved which will see Genelia in the lead.