By now, the Ranbir Alia wedding reportedly scheduled between April 13th-17th has taken social media by storm. Fans can’t stop gushing over the fact that after 5 years of dating – one of Bollywood’s most loved couples is finally going to tie the knot. Social Media has been flooded with picture collages, videos, and old interview bytes of the couple and there is plenty of evidence of why they were always meant to be.

Ranbir jokingly made a sarcastic comment, “So, you mean the first day that we started?”

This only led to the crowd cheering louder for the lovebirds. However, Ranbir pointed out all the exact details of the month and date as well as the outfit details of what Alia was wearing that day, which led to Alia having a jaw-dropping moment. 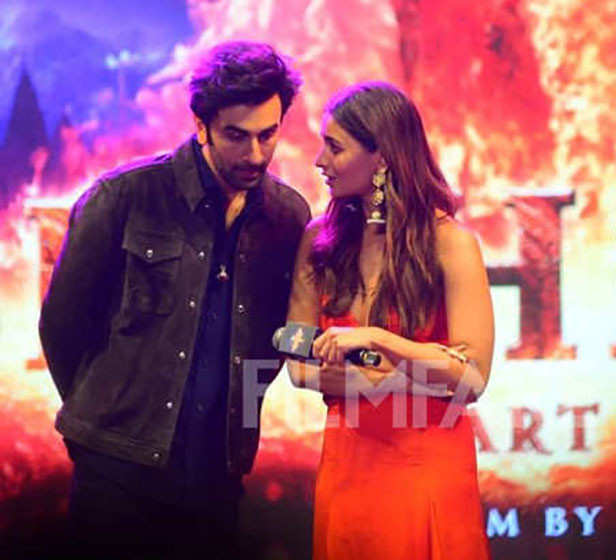 The wedding preparation is in full swing and as per reports will be held between April 13th-17th at Ranbir’s Bandra House – Vastu with close friends and family in attendance.