Social Media has opened up a whole new world for fans to see an unfiltered version of their favorite stars. Nushrratt Bharuccha who will be seen starring alongside Akshay Kumar in Ram Setu as well as Selfiee took to social media recently to share a hilarious video of how life is on and off Instagram. She is soon joined by Akshay Kumar who requests her for a selfie.

In the video, Nushrratt is seen demonstrating how she eats with her hands when she has no cameras on her. Right then Akshay comes in and asks her to pose for a selfie and she is seen quickly wiping her hands and posing a lot more gracefully with a fork for the selfie, or some might say for the gram!

The video was captioned with, “Instagram vs Reality. Be who you wish to be! ” Akshay even asks here, “Haath se kha na chakku se kyu kha ri hai.” Nushrratt is seen ignoring him nevertheless and flashing a big smile for the selfie. 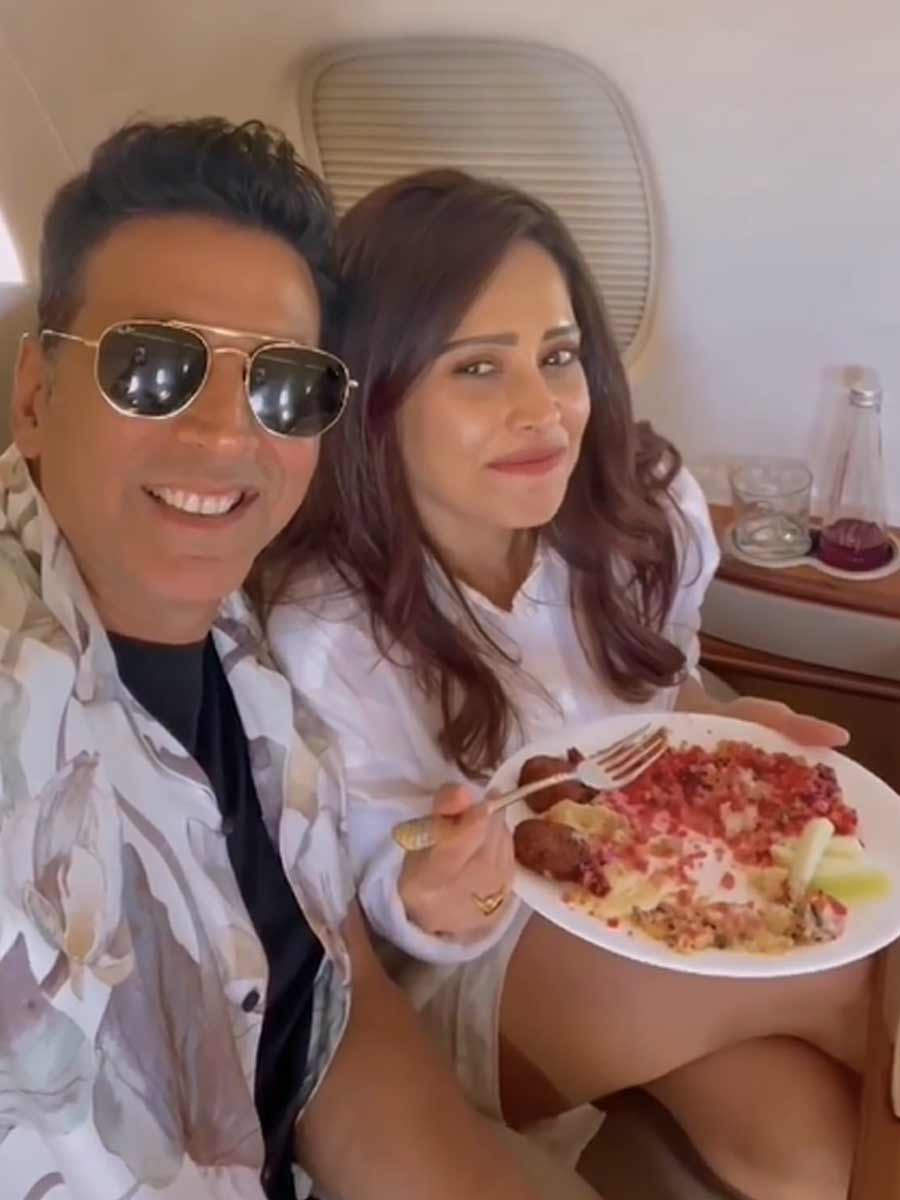 A tag ‘Selfiee etiquettes’ was also seen coming on screen in the video.

As per reports, Nushhratt and Akshay have wrapped up their shoot for Ram Setu and are currently busy shooting for Selfiee which also features Emraan Hashmi and Diana Penty.