On April 20, Aishwarya Rai Bachchan and Abhishek Bachchan celebrated their 15th wedding anniversary. The couple married in a small wedding ceremony in 2007. Over the years, the Bachchan family has shared a few photos from the wedding ceremony. However, Abhishek and Aishwarya have now provided fans with a previously unseen photo from the ceremony.

The actors shared identical photos from their summer wedding on their respective Instagram accounts. Abhishek is seen in the photo slipping the ring on Aishwarya’s finger. While their faces are obscured, this is the first time fans have had the opportunity to see Abhishek and Aishwarya’s wedding mehendi up close.

While Abhishek posted the photo without a caption, Aishwarya added a string of emojis including a heart, an infinity sign, a rainbow, and an evil eye amulet.

Several celebrities to the comments section to show their support for the couple. Nimrat Kaur, Abhishek’s Dasvi co-star, wrote, “Happpppppiesssst 15 years to @aishwaryaraibachchan_arb and you @bachchan !!! Here’s to the best of it all yet to come !!! “Sonali Bendre commented on Abhishek’s post with a heart emoji. Fans also sent their best wishes for the couple’s wedding anniversary.

Before their wedding, Abhishek and Aishwarya had worked on a few films together. They starred in Dhai Akshar Prem Ke and later appeared in Umrao Jaan, Guru, and Dhoom 2. Sarkar and Raavan were done after their wedding. Following the birth of their daughter, Aaradhya, Aishwarya took a break from acting, appearing in only a few films in recent years. 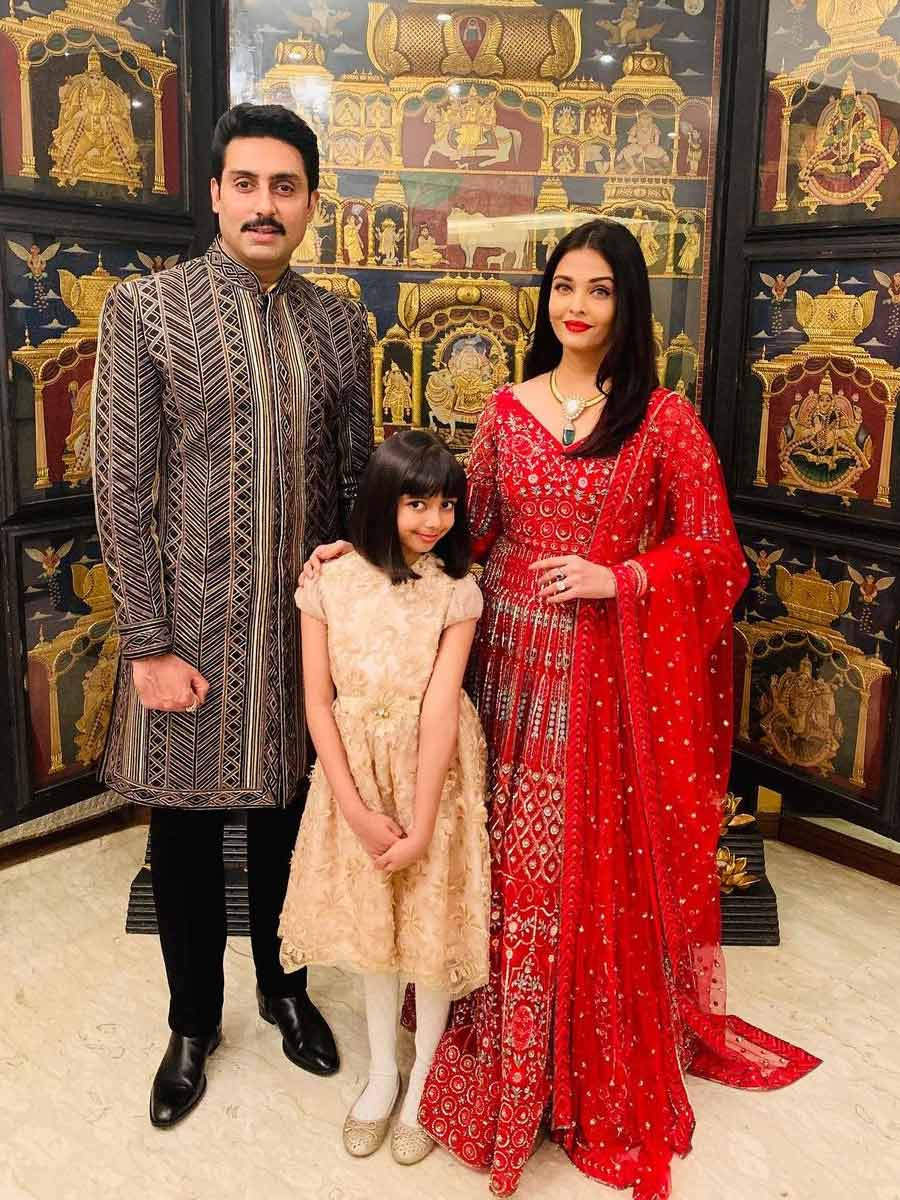 The actor was also asked if he is the type of father who assists his daughter with her homework. In response, the actor gave an honest answer and stated, “No.” Abhishek went on to explain why, saying, “I tried once or twice but that is completely Aishwarya. She is an unbelievable mother for her dedication to Aaradhya. “