Pan-India star Prabhas took to his social media yesterday to inform his fans about treating them to something special on a special day ie today – Valentine’s Day. Fulfilling his promise, the superstar has launched the most romantic glimpse of his highly-anticipated movie ‘Radhe Shyam’ on the special occasion of Valentine’s Day!

Besides Prabhas and Pooja’s lovable and cute chemistry giving all the diehard romantics couple goals on the celebration day of love, the small teaser also shows Prabhas in his flirtatious avatar. One of the major highlights of the glimpse is the scene where Pooja’s character asks Prabhas out of curiosity as to why he is still a bachelor and not married. 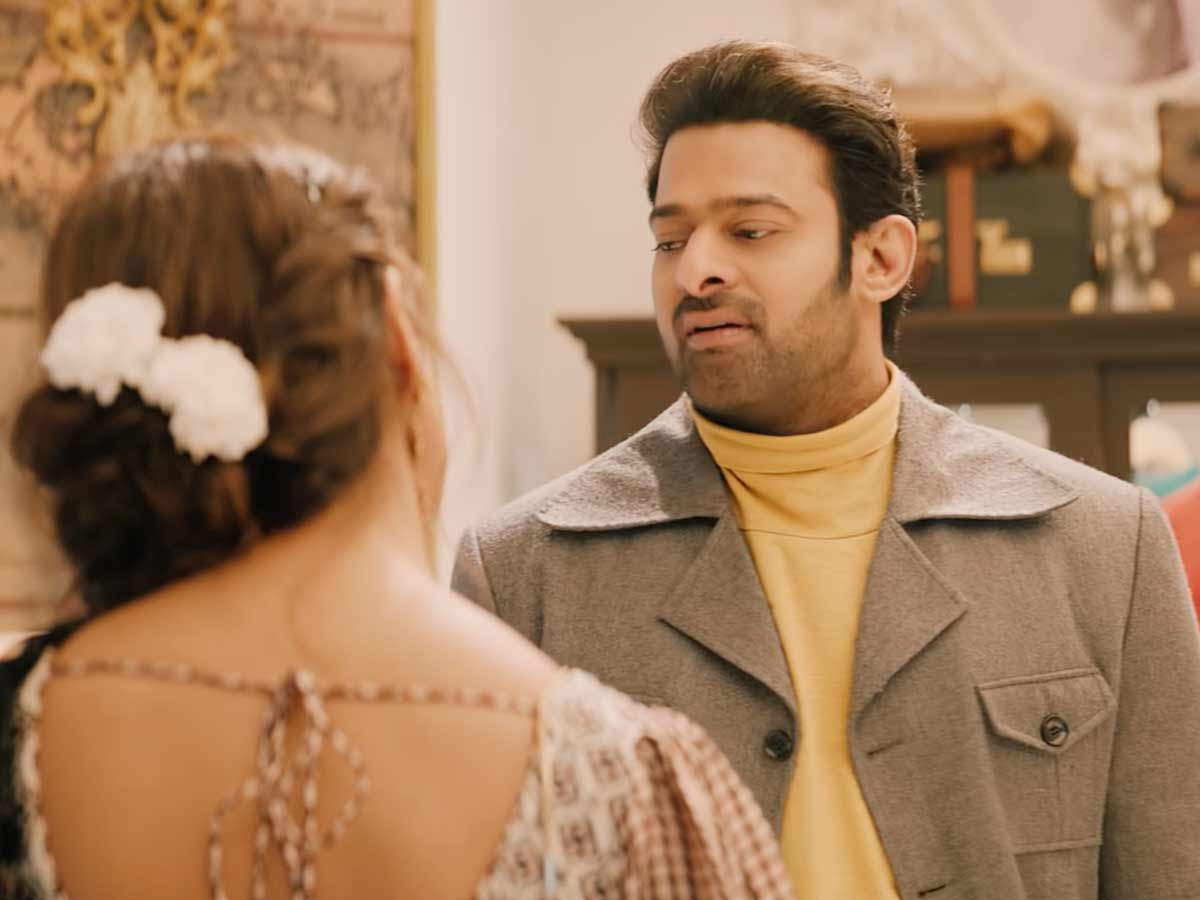 As the earlier released content even this has the most picturesque visuals which will want you to watch the movie on the big screen and live every moment with yeh actors.

The impressive teaser launched on Valentine’s Day is certainly filled with love and hearts and has built the anticipation even more among the audience, wanting to see more of Prabhas and Pooja.

Interestingly, the makers had also released an impressive poster of the teaser featuring Prabhas and Pooja, which was released yesterday. The new poster mentioning ‘Valentine glimpse tomorrow at 1:43 pm’ sees Prabhas sporting a pink tee and a smiling Pooja with her hands full of pink color.

Till now, we have seen a few glimpses of the mighty Prabhas as a mysterious lover boy ‘Vikram Aditya’, which can be termed something extraordinary, we have never seen in Indian cinema. The glimpses convey the storyline of a unique love story. Fans and audiences have been waiting with bated breath for ‘Radhe Shyam‘to hit the cinema halls.