Dia Mirza and husband Vaibhav Rekhi celebrated Valentine’s Day amidst nature in Coorg, Karnataka. The actor shared pictures from their outing on social media. Dia wished her fans ‘good morning’ by giving them a visual treat of sunrise view, complemented by the chirping of birds and greenery, which she posted on her Instagram story. Dia also gave a sneak peek into the breakfast the duo had and expressed gratitude towards the resort they are staying in.

The couple started their day with a coffee plantation. Sharing the picture, Dia wrote, “A day at a coffee plantation by Tata. @tajmadikeriresort. ” The actor went on to post beautiful pictures of flowers that she captured. Dia shared a selfie which she captioned as, “Birdwatching” and dropped a hearted eyes emoji. In another photo posted by the actor, she turned back and smiled while sitting in a jeep. She wrote, “Looking back at him @ vaibhav.rekhi.”

In another photo, it seemed that Dia finally spotted a bird as she looked up in the sky and wrote, “Did you see that bird!?!” Dia and Vaibhav then posed for the lens standing amidst the greenery. Sharing the picture, the actor wrote, “The very shy Mr agreed to pose for a picture! @ vaibhav.rekhi. ” She then shared pictures of the moonrise and sunset subsequently. “Chasing sunset’s as usual #sunsetkedivane,” Dia wrote. 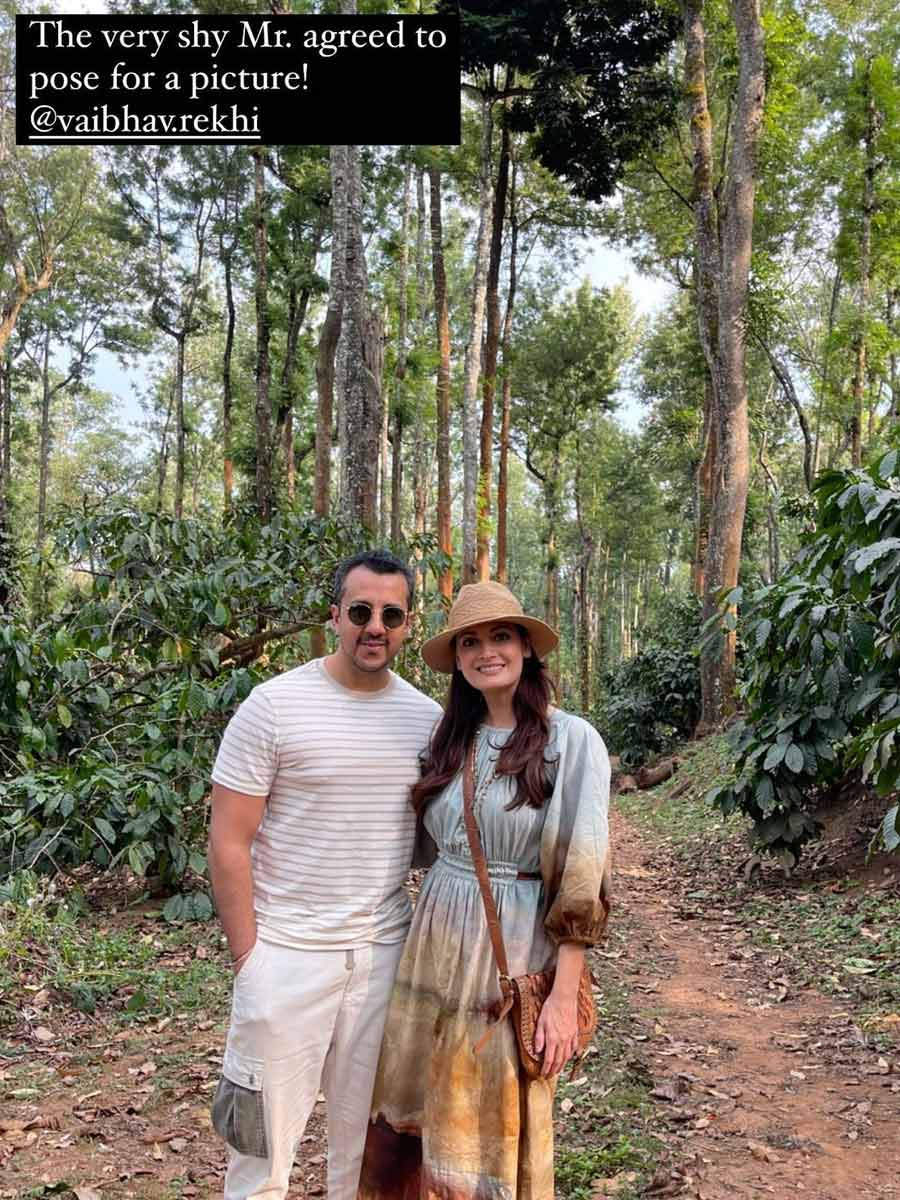 Finally, Dia gave a sneak peek into the end of their day and thanked her husband for the wonderful experience. She wrote, “Best day. Thank you @ vaibhav.rekhi! May we always chase sunsets and may you always chase me. ”