Legendary singer Lata Mangeshkar, who’s also the recipient of Bharat Ratna, passed away at the age of 92 on Sunday. The veteran singer was cremated at Shivaji Park, Mumbai. Several celebrities attended her last rites. However, veteran actor Dharmendra could not attend her funeral and has now revealed the reason for the same.
Talking to a renowned news portal, Dharmendra said, “I was very uncomfortable and uneasy. I got ready not once but three times to go for Didi’s last rites yesterday. But every time, I pulled myself back. I didn’t want to see her leaving us. I was feeling very uncomfortable and uneasy after hearing the news of Lata Mangeshkar’s demise yesterday. ”

Dharmendra had earlier tweeted a picture with Lata Mangeshkar on the day of her passing away. Sharing the picture, the actor wrote, “The whole world is sad, can’t believe you have left us !!! We will miss you Lata ji, pray for your soul, be in peace. ”

Dharmendra had earlier thanked Lata multiple times for cheering her up during the past 2 years when the country and the world were caught by the pandemic. In 2020, he had shared a video in which he thanked the singer for gifting him a portable music player, which had pre-recorded songs. Last year, he had also revealed that Lata called her after reading one of his tweets which seemed sad to her and she talked to him for half an hour and cheered him up. 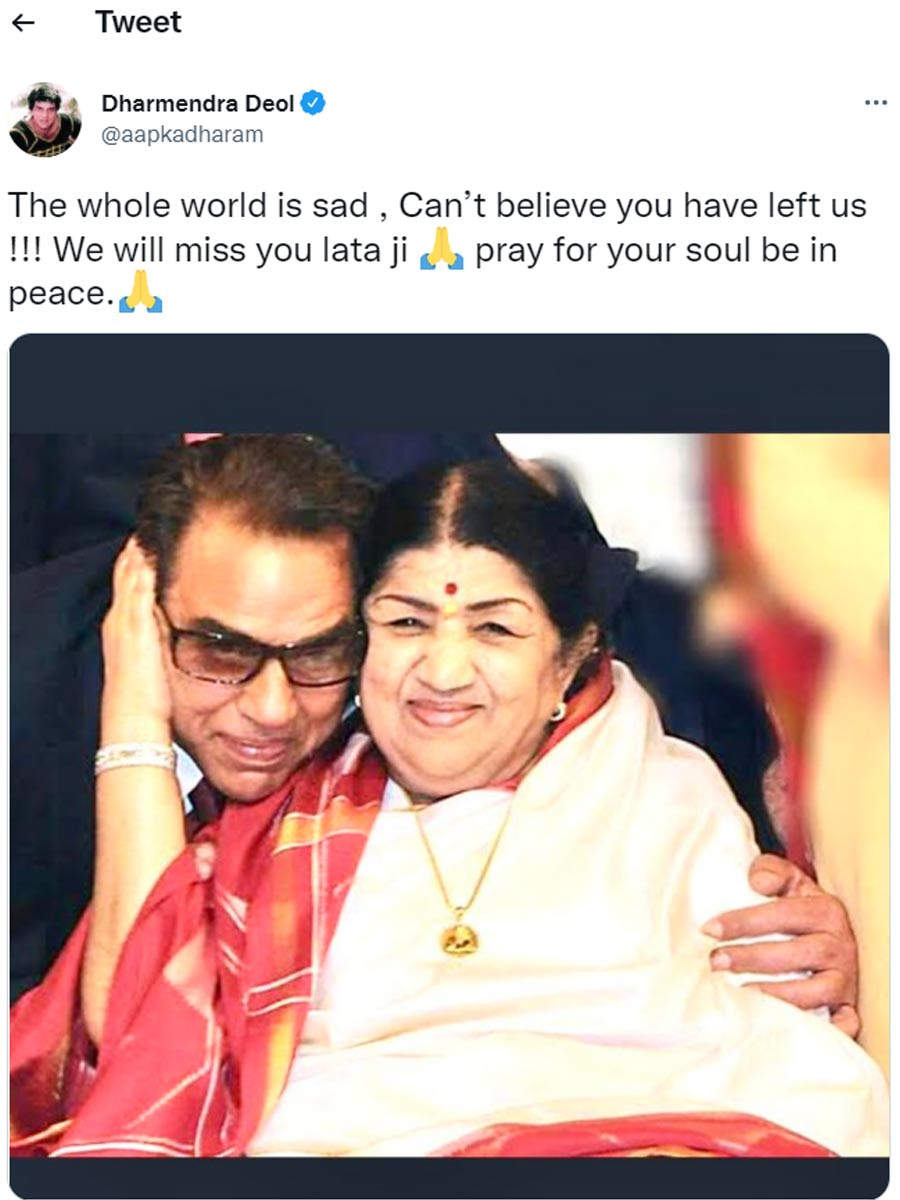