Veteran composer and singer Bappi Lahiri passed away at the age of 69 on Tuesday at a hospital in Mumbai. Several Bollywood celebrities like Akshay Kumar, Ajay Devgn, Raveena Tandon and Nimrat Kaur, among others mourned the death of the singer.

Akshay Kumar offered condolence and wrote, “Today we lost another gem from the music industry… Bappi Da, your voice was the reason for millions to dance, including me. Thank you for all the happiness you brought through your music. My heartfelt condolences to the family. Om Shanti. ”

While Raveena Tandon tweeted, “Grew up listening to your music, Bappi da, you had your own style and always had a smiling face. Your music shall play on forever, ” Ajay Devgn wrote, “Bappi Da was so endearing in person. But, his music had an edge. He introduced a more contemporary style to Hindi film music with Chalte Chalte, Suraksha and Disco Dancer. Dada, you will be missed. ”

Filmmaker Madhur Bhandarkar also mourned Bappi Da’s death. “Shocked to hear of the sad demise of Veteran Music director Bappida, was fortunate to have him sing a track in my film #InduSarkar, an insurmountable loss to his fans and the music industry. Heartfelt condolences to his family members, ”he wrote. 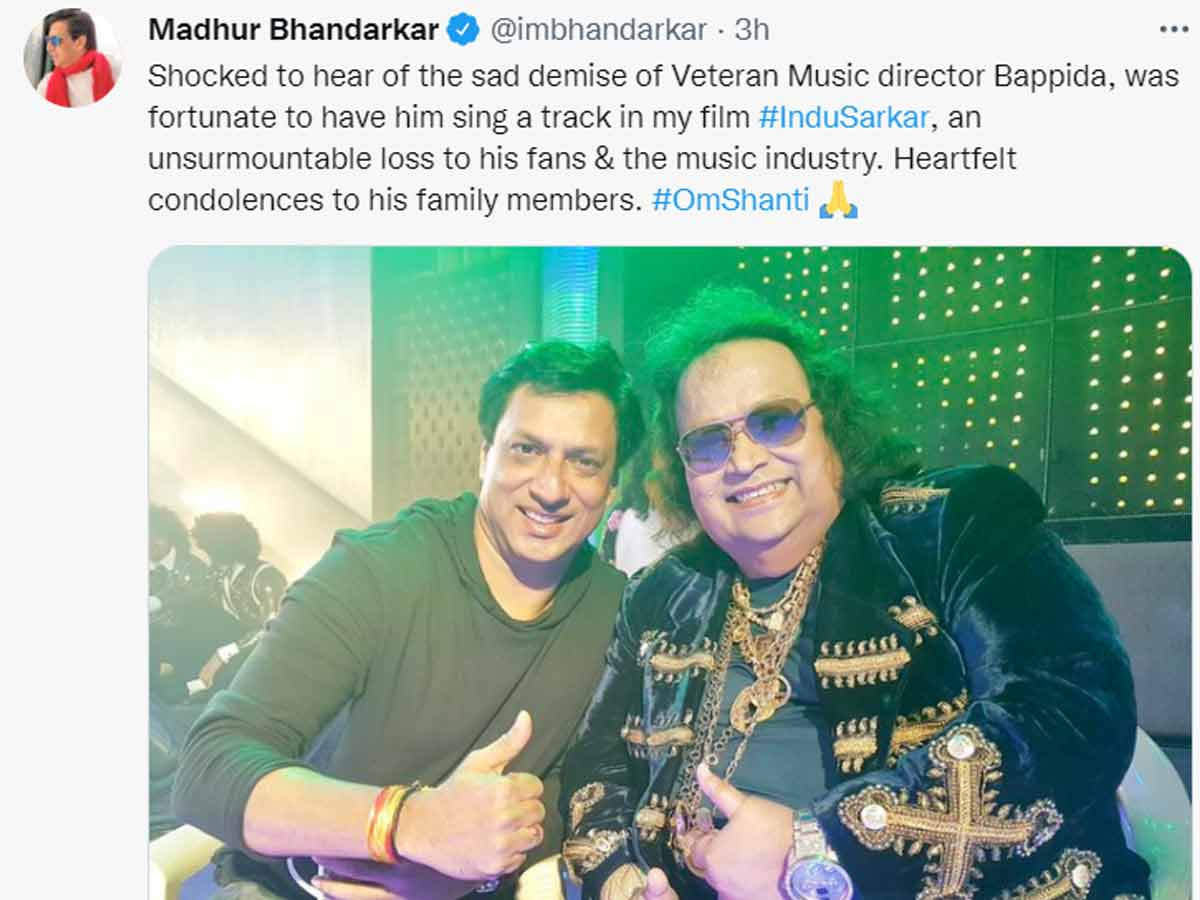 Dr. Deepak Namjoshi, director of the hospital where Bappi Lahiri was admitted informed on Wednesday, “Lahiri had been admitted to the hospital for a month and was discharged on Monday. But his health deteriorated on Tuesday and his family called for a doctor to visit their home. He was brought to the hospital. He had multiple health issues. He died due to OSA (obstructive sleep apnea) shortly before midnight. ”